John Santori has been making wine for the better part of the last three decades. It started out as a hobby he shared with his friends. Today, winemaking is his passion. He believes that wine is the social elixir of life that should be shared and celebrated and always enjoyed with fine sumptuous foods.

In John’s own words, “I simply love making small batches of excellent premium, boutique wines. I enjoy my intimacy with our product and love sharing it with the good people we have been blessed to have met over many years.”

For several generations, the Santori family has been making wine in the Tuscany region of Italy.  After John Santori graduated from the University of California Berkeley in 1970 in biochemistry, he began to develop an interest in making wine himself.  To carry on the family’s longstanding tradition, John embarked on this endeavor with several of his close friends in 1977. John went from making wine in one barrel, to producing around six barrels of wine a year by the late 1980s.  Beginning in 1990, he decided to include his close friends and clients in the wine making process. It was at this time that he entered several county and state fairs.  He took first place in several county fairs throughout California before winning first place for his Cabernet Sauvignon in the California State Fair in 1995 and 1996.

In 1999, John also took first place in his Cabernet Sauvignon, Pinot Noir and Zinfandel in the annual competition at the Golden Gate Wine Society in San Francisco.  It was at this time that he decided to focus on making high-quality, boutique wine.

In 2008, John met Leo Martinez who was the wine maker for Bennesse Vineyards of St. Helena.  Over the course of the next three years, John would purchase his grapes from Leo.  Because of Leo’s vast knowledge and experience from making wine for over ten years,  John brought several of his varietals to the vineyard for Leo to sample.   Even though Leo loved the wine, he felt that there was room for improvement.  Thus began the friendship of John and Leo as they began to make wine together.   After experimenting with different varietals and blends, John and Leo decided to start make wine for the general public.

In 2014, John Santori and Leo Martinez formed the Santori Wine Company to make their wines available to our small world of devoted wine enthusiasts. They have been making wine for the better part of the last three decades. It started out as a hobby the shared with friends. Today, winemaking is their passion.

After John graduated out of University of California in Biochemistry in 1970 he started to develop an interest in making wine. John’s family has had a long history of wine making in Tuscany for several generations. He actually started making wine in 1977 with several close friends. Over the coming years John went from making wine in one barrel to several barrels. By the end of the 1980’s John was doing 6 barrels of wine a year. In the 1990’s he expanded his wine making to include the families of his clients and friends. During the 90’s John entered several county and state fairs. He took many first places in several county fairs throughout California including back to back 1st places for Cabernet Sauvignon in the California State fairs in in 1995 and 1996. 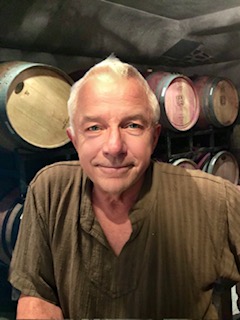 Over the last 26 years, Leo Martinez has accumulated a wealth of knowledge about wine. First, as a winery and cellar worker, and now as a winemaker. Over the course of his career he has been fortunate enough to have worked with some of the best winemakers in the valley including, Heidi Barret, Mike Reynolds, Gerard Zanzonico, Alberto Antonini, Chris Dearden, and Jack Stuart.

Formally trained at Napa Valley Community College and UC Davis, he credits his real training to his long tenure in the business, his understanding of the wine making process, and the winemakers he has worked with.

From the very beginning of his journey, Leo’s dream was to become a winemaker and make a wine that was lush, deeply flavorful, with depth, complexity, intense mid pallet and a long, lingering finish.

Every position he held helped him learn the intricacies and details of the wine industry bringing him closer to his dream. In 1993, Leo joined Schramsberg Winery, as a cellar worker and in 1997 he would join Benessere Vineyards, as Cellar Master and then advancing to Winemaker and General Manager.

Leo’s winemaking technique and style have been most influenced by Gerard Zanzonico, particularly the attention to detail from the grapes, to the barrel, to the blend.  Leo’s philosophy is simple. He recognizes that with each bottle of wine we make, we pay homage to the winery and vineyard workers who contribute their hard work and dedication. And, without whom there would be no fine wines. 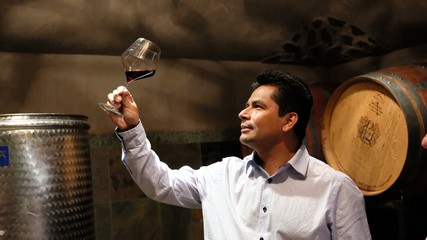